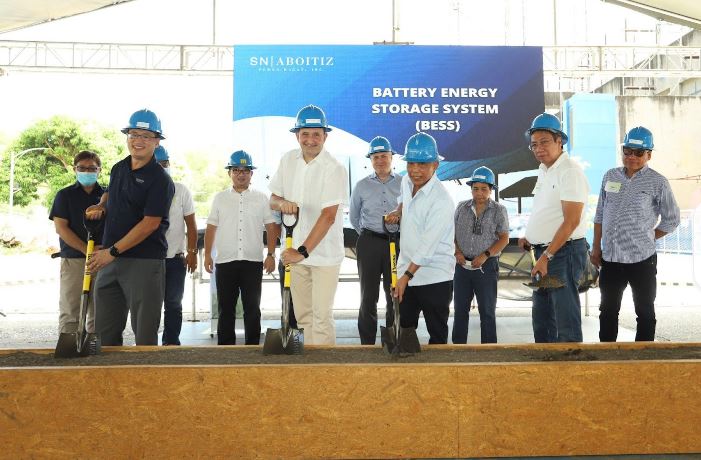 The hybrid event, which was also streamed online, was graced by Norway’s Ambassador to the Philippines Bjorn Jahnsen, Isabela Governor Rodolfo Albano III, officials of AboitizPower and Scatec, and representatives from host local government units, and other stakeholders.

SNAP, a joint venture between Scatec of Norway and AboitizPower, recently secured the EPC contract and project financing for the 20-megawatt BESS project, which will be located within the Magat hydroelectric power plant in Ramon, Isabela.

In his keynote speech, Secretary Cusi congratulated SNAP-Magat on its 15th year and for the ground-breaking of its battery storage project. “What you are doing here is unprecedented in the energy industry,” he said. “Having integrated renewable power sources from solar and hydro, show[s] how you maximize the use of resources efficiently.” BESS, he added, would help the energy security and reliability of the country.

The energy secretary noted that 29% of the country’s current energy mix comes from renewables and the agency would like to bring it up to 35% by 2030 or to 50% by 2040, as outlined in the Renewable Energy Roadmap. “What the government is doing is to really encourage investment in the different sectors,” he said, citing sources such as geothermal, hydro, and offshore wind.

In a video message, Senator Win Gatchalian congratulated SNAP-Magat on 15 years of powering positive change. “Today, we stand as witness in a significant step forward in the renewable energy ambitions of the company and the country,” he said. “Magat’s BESS will serve as the country’s model for future battery investment and hybrid renewable energy projects.”

Rodolfo Indorte, Managing Director Philippines for Hitachi Energy, SNAP’s EPC partner for the BESS project, said, “As the region propels towards economic growth, we see ourselves as partners in advancing a sustainable energy future for all. We are proud to be the partner of choice when it comes to innovative solutions needed to integrate renewables at scale, overcoming complexity and capacity issues, and help accelerate the energy transition.”

This was reinforced by SNAP President and CEO Joseph Yu. “There are new, innovative, and complementary technologies that will help facilitate the country’s energy transition. This is where SNAP can once again contribute. We are excited and optimistic about the new paths [the Magat BESS project] opens up for us,” he said.

The ground-breaking ceremony signals the start of the Magat BESS project’s construction phase, which is targeted for commercial operation in the first quarter of 2024.

SNAP took over the ownership and operations of the Magat hydropower plant on April 26, 2007 following a successful bid under the government’s privatization program. The facility, which has a nameplate capacity of 360 MW and maximum capacity of 388 MW, underwent half-life refurbishment in 2014. In 2017, the company inaugurated the 8.5 Maris hydro, and two years later, piloted the 200-KW floating solar on the Magat reservoir, its first non-hydro RE project.