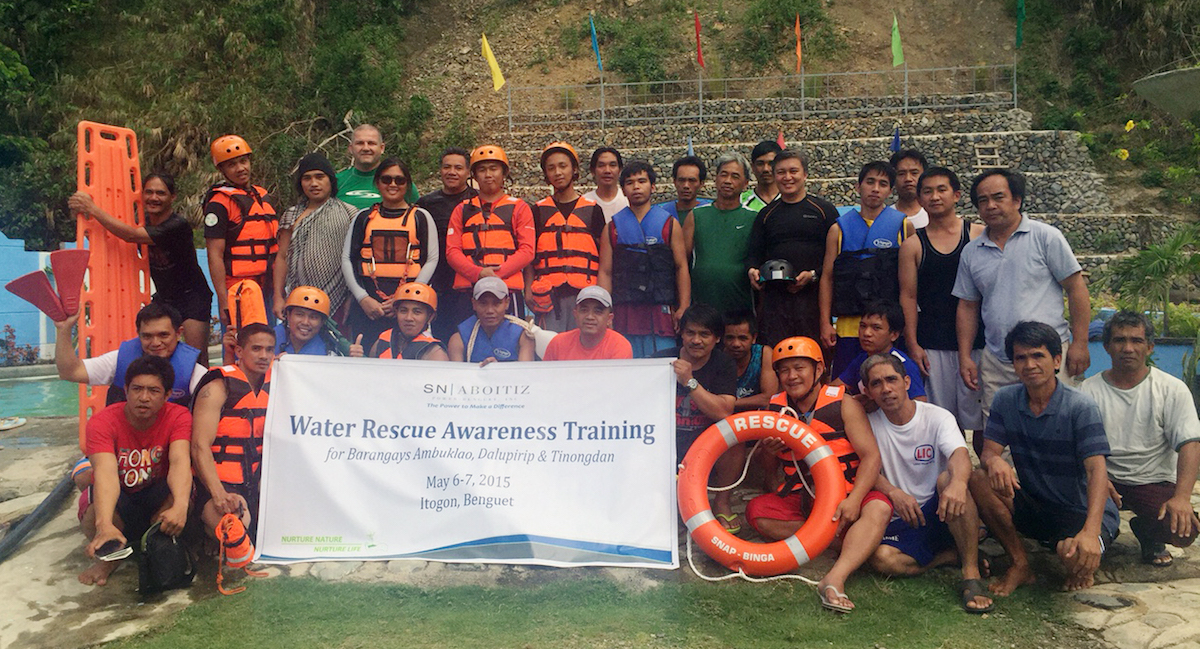 The training was conducted by Emergency Research Center, a non-government organization that specializes in emergency preparedness, management, and education. Led by directors Louie Domingo and Aaron Flynn, the participants spent two days learning about safety measures when working near water, and how to use basic water equipment. They also had water activities where they learned how to manage water-related injuries and save individuals in water-related accidents.

The training coincided with the unveiling of warning signages to be placed in areas around the river and dam areas that have been identified as potentially hazardous. The signages are a joint project of SNAP-Benguet with National Power Corporation (NPC), Power Sector Assets and Liabilities Management (PSALM), and Barangays Ambuklao, Tinongdan and Dalupirip. SNAP-Benguet AVP and Plant Manager Manny Lopez, Operations Manager Jo Lachica, and SHESQ Manager Hollis Fernandez attended the unveiling.

Councilor Jerry Pacio of Barangay Tinongdan thanked SNAP-Benguet for their support and encouraged the other participants to share their knowledge with the other members of their respective communities. Representatives from barangays Ambuklao and Dalupirip expressed similar views, adding that they hoped other barangays would also be given the same opportunity.

In his closing remarks, Manny Lopez emphasized that safety is everybody’s responsibility, and noted that the training and signage installation highlight the importance of awareness and preparedness in preventing accidents and unwanted occurrences.

SNAP-Benguet owns and operates the 105-megawatt Ambuklao Hydroelectric Power Plant (HEPP) in Bokod and the 140-MW Binga HEPP in Itogon. It is a joint venture between SN Power of Norway and AboitizPower. #