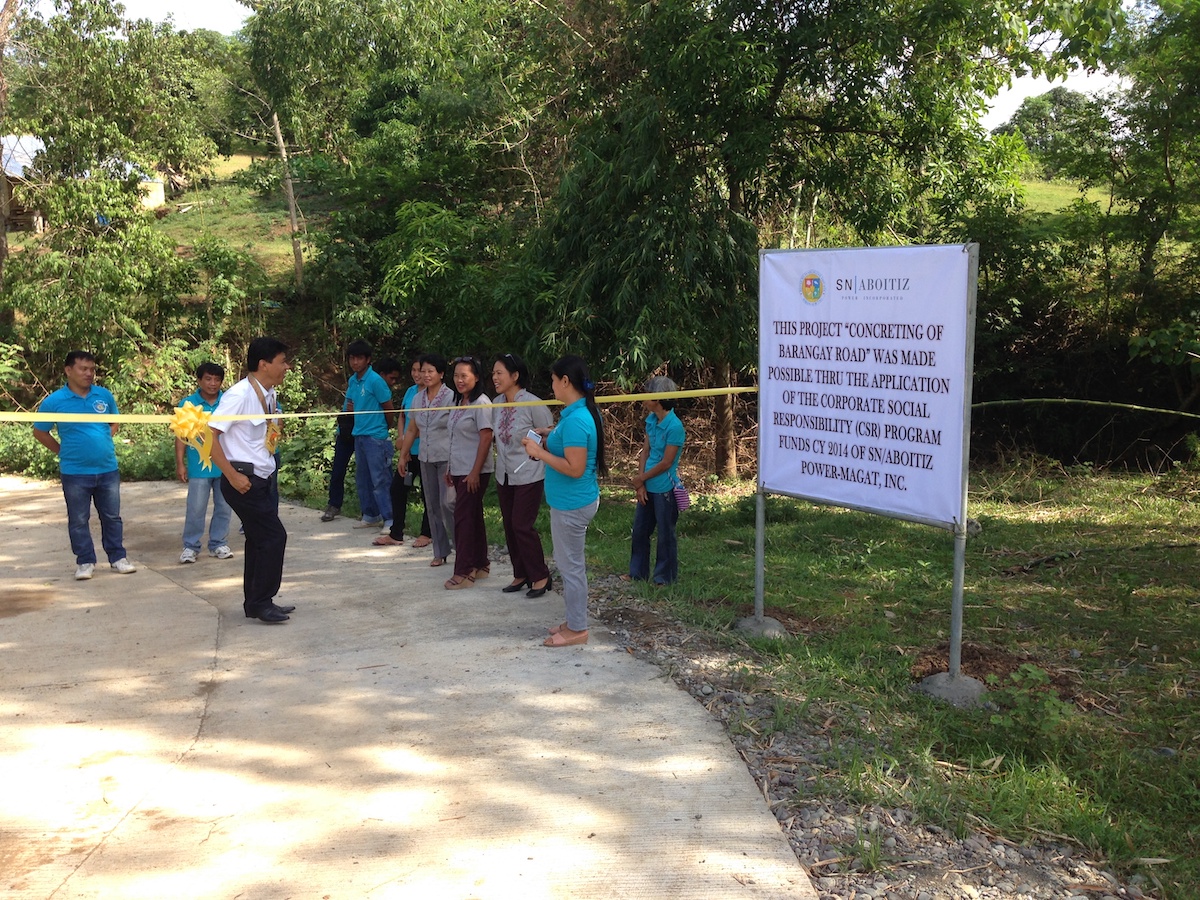 The SNAP Team with the Barangay Members during the inauguration of the road concreting project in Brgy. Butao, Diadi, Nueva Vizcaya.

Brgy. Butao in Diadi, Nueva Vizcaya marked the completion of a road concreting project on July 21, 2015 with simple ceremonies attended by local officials and representatives from SNAP-Magat management.

The 86-meter farm-to-market road is located at Purok 4 in Brgy. Butao and is intended to help farmers move their produce to buyers and improve transportation for residents. It was completed through the voluntary corporate social responsibility fund of SNAP-Magat.

In their respective speeches, Vice Mayor Magno and Brgy. Chairman Bandao recognized the company’s support through projects given to their communities for the past years. Specifically, Vice Mayor Magno encouraged barangay residents to protect and conserve the forest not only because of financial benefits they expect to gain but also because of the importance of a healthy environment.

AVP and Plant Manager Willy Ferrer commended the barangay for its satisfactory performance in implementing the road project and also emphasized the importance of watershed protection and management because of its impact not only to Magat hydro operations but also to water resources on which the communities depend.