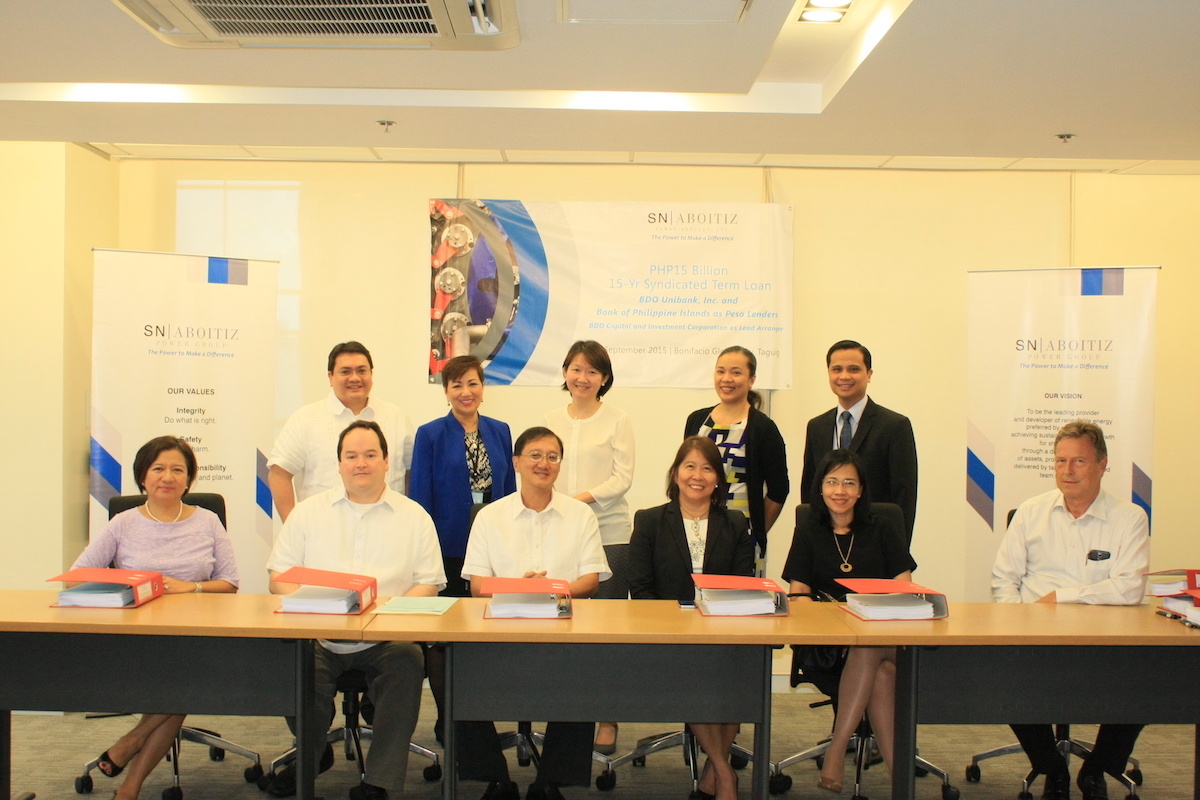 On September 21, SN Aboitiz Power-Benguet Inc. refinanced the existing peso credit facility from BDO Unibank, Inc. (BDO) and Bank of the Philippine Islands (BPI) for the new syndicated 15 year term loan in the amount of PHP15 billion. OIC-Chief Operating Officer and Chief Finance Officer, Eleanor Blomdahl lead the signing of the Amended and Restated Omnibus Line and Security Agreements including the Peso Loan Agreement last September 17 together with all the local parties’ representatives including BDO and BPI as the Peso Lenders, BDO Capital and Investment Bank as the Lead Arranger, BDO Trust as the Facility Agent and Onshore Collateral Trustee and BDO Pasay Road Branch as the Accounts Bank.

With the refinancing, the USD375 million credit facility signed last August 2008 will now be up to USD436.23 million, coming from the company’s remaining lenders which are Nordic Investment Bank (NIB), International Finance Corporation (IFC), BDO, and BPI. Senior Manager for Treasury Dixie Diaz says that with the refinancing, SNAP-Benguet now enjoys better commercial terms which includes longer term from the current 12 years to 15 years credit facility. SNAP-Benguet was also able to negotiate a lower interest rate with the new spread from 1.5% to 1.20% which translates to an effective interest rate of 5.2253% for the next eight years.

This refinancing demonstrates the lenders’ trust in the company’s management and operations. The incremental increase or the proceeds of the peso credit facility will be used to pay existing loans and advances used for the rehabilitation and refurbishment of both Ambuklao (2011) and Binga Hydro (2013, 2014), and for general corporate purposes.