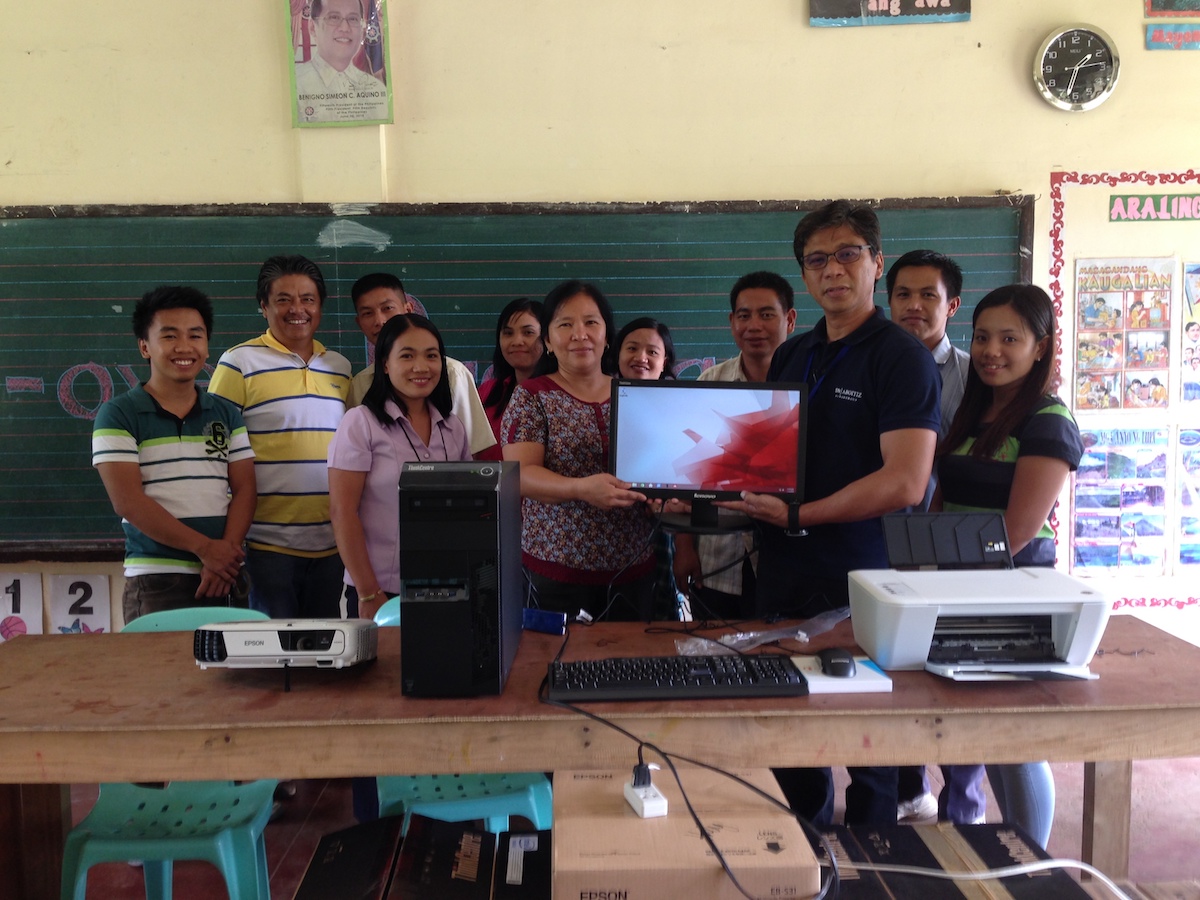 Three host schools received Information and Communications Technology equipment from SNAP-Magat on January 14. The turnover was held at Halag Elementary School in Aguinaldo, Ifugao, one of the recipients of the CSR project. Two other schools in the municipality of Aguinaldo also received donations from the company: Ubao National High School and Itab Elementary School. Mayor Clemente Talusig of Aguinaldo, Barangay Captain Jose Peddiao of Itab, and school officials were present during the turnover.

In his message, Assistant Vice President and Plant Manager Willy Ferrer said that the facilities will significantly help the students and teachers, especially those in remote areas. Mayor Talusig responded that these are very important to the schools in their community, adding that though the computers may not last a lifetime, what the students will learn with the help of these will. The principals all assured that they will maximize the use of equipment and make sure that the students will learn computer basics. Halag Elementary School Principal Robert Ananayo also added that this project is timely since the Department of Education will implement a competition for computer encoding as one of its projects.

Halag Elementary School and Ubao National High School each received two desktop computers, one LCD projector, and one printer, while Itab Elementary School received three desktop computers, an LCD projector, and a printer. A computer and printer will also be given to the Itab barangay hall. A total of 443 students and 19 teachers will benefit from this CSR project. Community Relations Sr. Supervisor Ness Adsuara, and Greenfield Development Program Coordinator Novelyn Bilagon represented SNAP-Magat at the turnover ceremony.

SNAP-Magat is a joint venture between SN Power and AboitizPower. It owns and operates the 360-MW Magat Hydroelectric Power Plant at the border of Isabela and Ifugao.