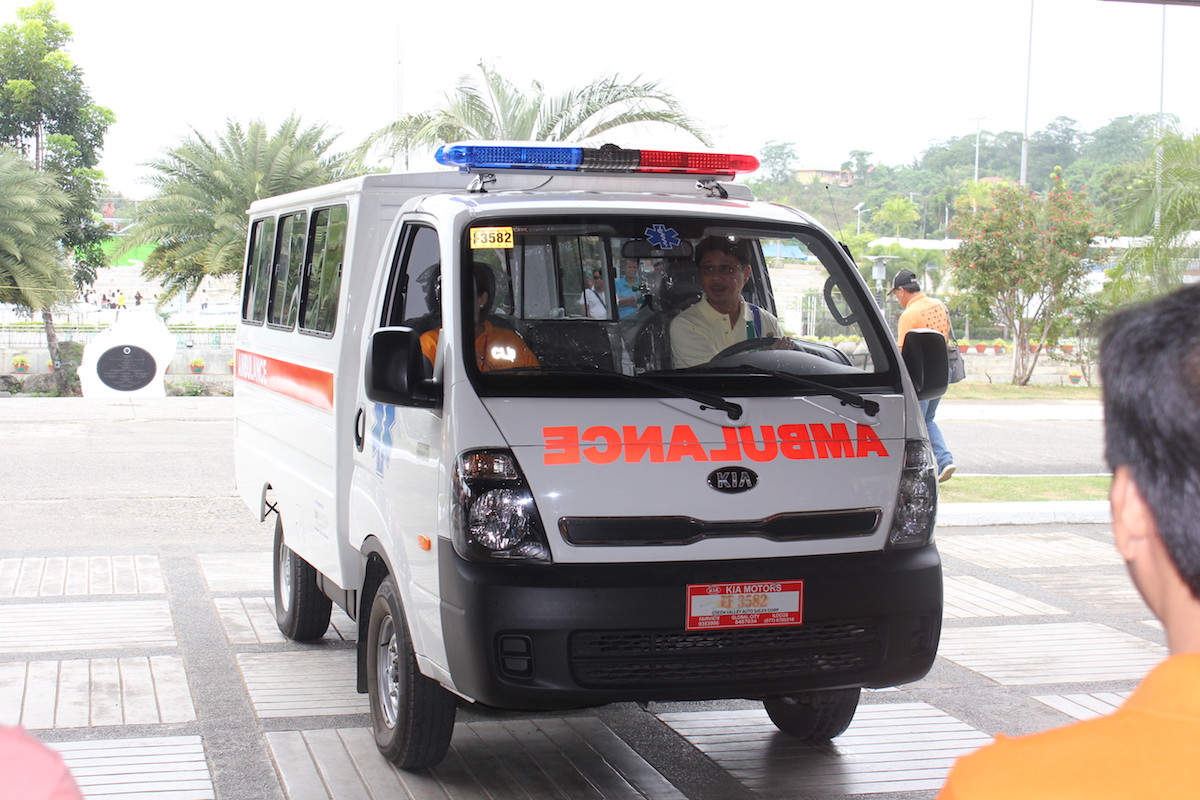 Governor Dy drives one of the ambulances around the Provincial Capitol.

Two ambulance units were turned over by SNAP-Magat to its host province of Isabela on January 20. This is in addition to the three units delivered during the previous turnover ceremony held in December 2015.The five ambulance units are SNAP-Magat’s contribution to the Provincial Disaster Risk Reduction and Management Council (PDRRMC) of the province and a project under the company’s corporate social responsibility program.

The turnover program began with the blessing of the two ambulance units. In his message, Governor Dy thanked the company for providing Isabela a total of five ambulance service units, noting that these are four-wheel drive vehicles, which makes it easier to reach remote barangays and coastal communities during times of emergency.

SNAP-Magat is a joint venture between SN Power and AboitizPower. It owns and operates the 360-MW Magat Hydroelectric Power Plant at the border of Isabela and Ifugao.