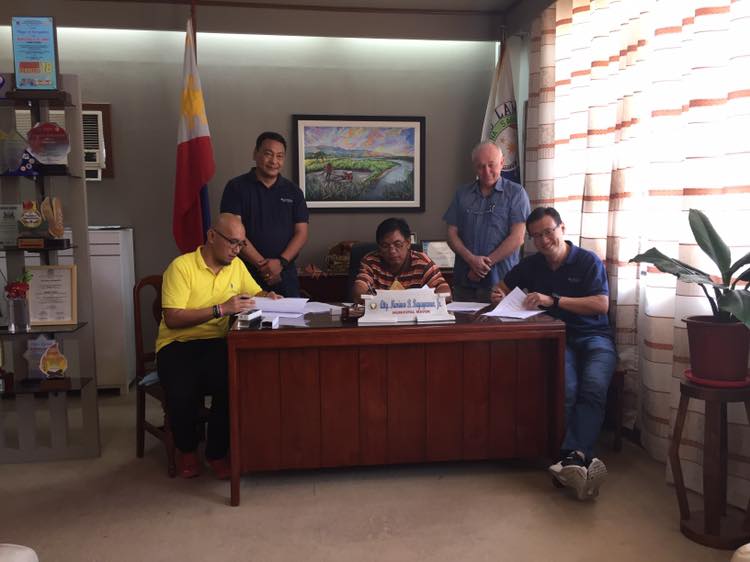 Renewable energy provider SN Aboitiz Power (SNAP) and the Municipal Government of Lamut have recently signed a framework agreement for the proposed Alimit Hydropower Complex. The same framework agreement was concurred by the Lamut municipal council, through the issuance of Resolution No. 2019-18-041 endorsing the Alimit project.

With this, all four of the Local Government Units (LGU) hosting the Alimit Hydro, namely the Municipalities of Aguinaldo, Lagawe, Lamut, and Mayoyao, have signified their approval for what is set to be Ifugao’s first large-scale hydropower facility.

The agreement outlines the cooperation, collaboration, and obligations between and among SNAP as project proponent and the municipalities as hosts during the development and operation phase of the project.

“We believe that meaningful collaboration with our stakeholders and communities can help propel our country toward a more energy-secure future,” said SN Aboitiz Power President and CEO Joseph S. Yu. “We are thankful for the support and trust that the concerned local government units of Ifugao have extended to SNAP and the Alimit Project.”

The first phase of the project entails the construction of the 120-megawatt Alimit Plant and the 20-MW Olilicon Plant. The capital outlay for this phase is expected to be between US$450 to US$550 million. The second phase of the complex includes the 250-MW Alimit pumped storage facility.

SNAP is a joint venture of SN Power of Norway and AboitizPower. It owns and operates the 360 to 388-MW Magat hydro on the border of Isabela and Ifugao; the 8.5-MW Maris hydro in Isabela; the 105-MW Ambuklao hydro in Benguet; and the 140-MW Binga hydro also in Benguet.