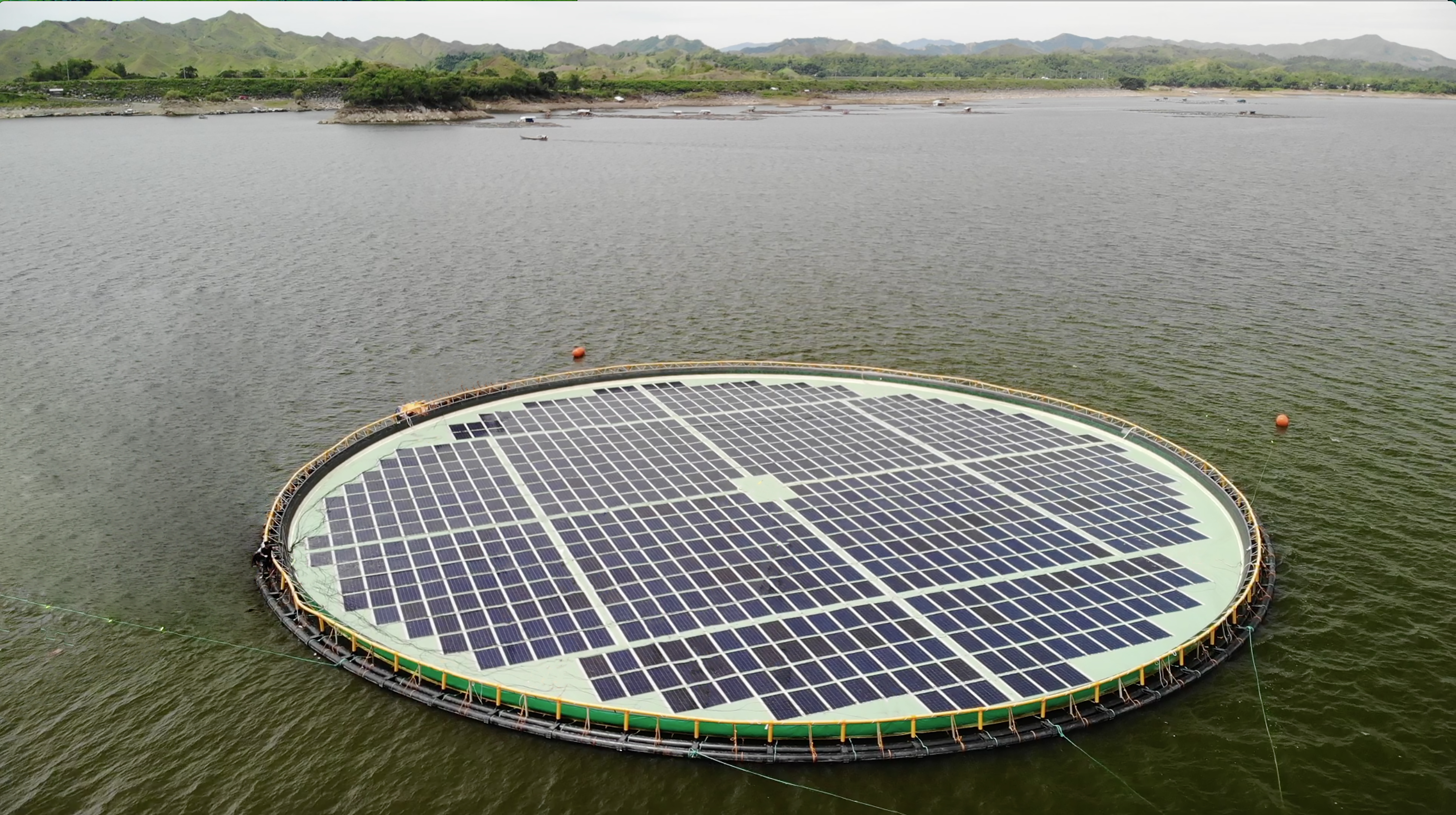 SNAP-Magat invested nearly P24 million for the facility which is placed over a 2,500-square meter area over the Magat reservoir. The circular installation—whose design is inspired by the Amazon water lily—is made up of 720 solar panels held in place by four mooring systems.

This is the first non-hydro renewable energy (RE) project of SNAP, which is looking at other renewables and complementary technologies to expand its portfolio. At present, the project will provide power to SNAP’s facilities in the area. A 10-month stress test will be conducted on the pilot project to ensure that the facility can withstand massive inflows and strong typhoons.

“This pilot holds the potential for significantly greater things in the future. We picked now to turn it on because we are heading into the wet season. As we go into the wet season, we will get to test out how well it will withstand the rain and the wind speed,” explained SNAP President and CEO Joseph S. Yu.

If successful, SNAP will look into scaling up the project so that the power generated may contribute to its renewable energy capacity and to the country’s energy security.

Other than not competing for land space, floating solar facilities have a number of other benefits according to studies. They safeguard the water levels in dams and reservoirs by reducing evaporation which is critical during times of drought and El Niño.

When scaled, floating solar installations can provide shade that can inhibit the growth of harmful algae while providing sanctuary for marine life that cannot survive in very hot temperatures.

“What inspires us in SNAP is knowing that projects like these bring us closer to our mission—which is to build and operate renewable energy plants that contribute to our country’s development, while preserving our environment for the future generations,” added Yu.

SNAP-Magat is a joint venture between SN Power of Norway and AboitizPower. It owns and operates the 360- to 388-megawatt Magat hydro on the border of Isabela and Ifugao; and the 8.5-MW Maris hydro in Isabela. Only the power components of Magat were privatized; the dam and its re-regulating facilities downstream are owned and maintained by the National Irrigation Administration.

PHOTO 1: SN Aboitiz Power’s pilot floating solar project has the capacity to produce 200 kilowatts of clean energy. The circular installation is made up of 720 solar panels held in place by four mooring systems over the Magat Reservoir in Ramon, Isabela.