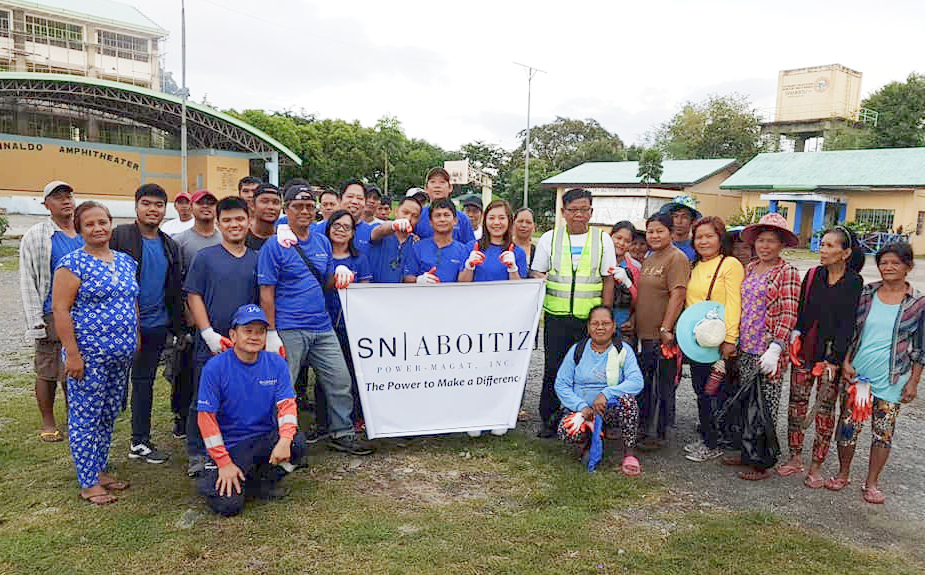 Renewable energy provider SN Aboitiz Power (SNAP-Magat) supported the campaign of the Provincial Government of Isabela against the spread of dengue and other mosquito-borne diseases.

SNAP-Magat joined the province-wide massive cleanup drive on July 26, 2019 together with officials and residents of its host community, Barangay Gen. Aguinaldo in the Municipality of Ramon. Dubbed “Todas Dengue, Todo Na ‘To (Ikaanim na Kagat),” the activity is aligned with the Department of Health’s campaign to eliminate mosquito breeding sites and avoid mosquito-related diseases especially prevalent during the rainy season.

This marked SNAP-Magat’s sixth year of support to and participation in this activity, which also serves as an opportunity for employees to volunteer in community-based projects that promote a sustainable and healthy environment.

SNAP-Magat is a joint venture between SN Power of Norway and AboitizPower. It owns and operates the 360 to 388-megawatt Magat hydro on the border of Isabela and Ifugao; and the 8.5-MW Maris hydro in Isabela.