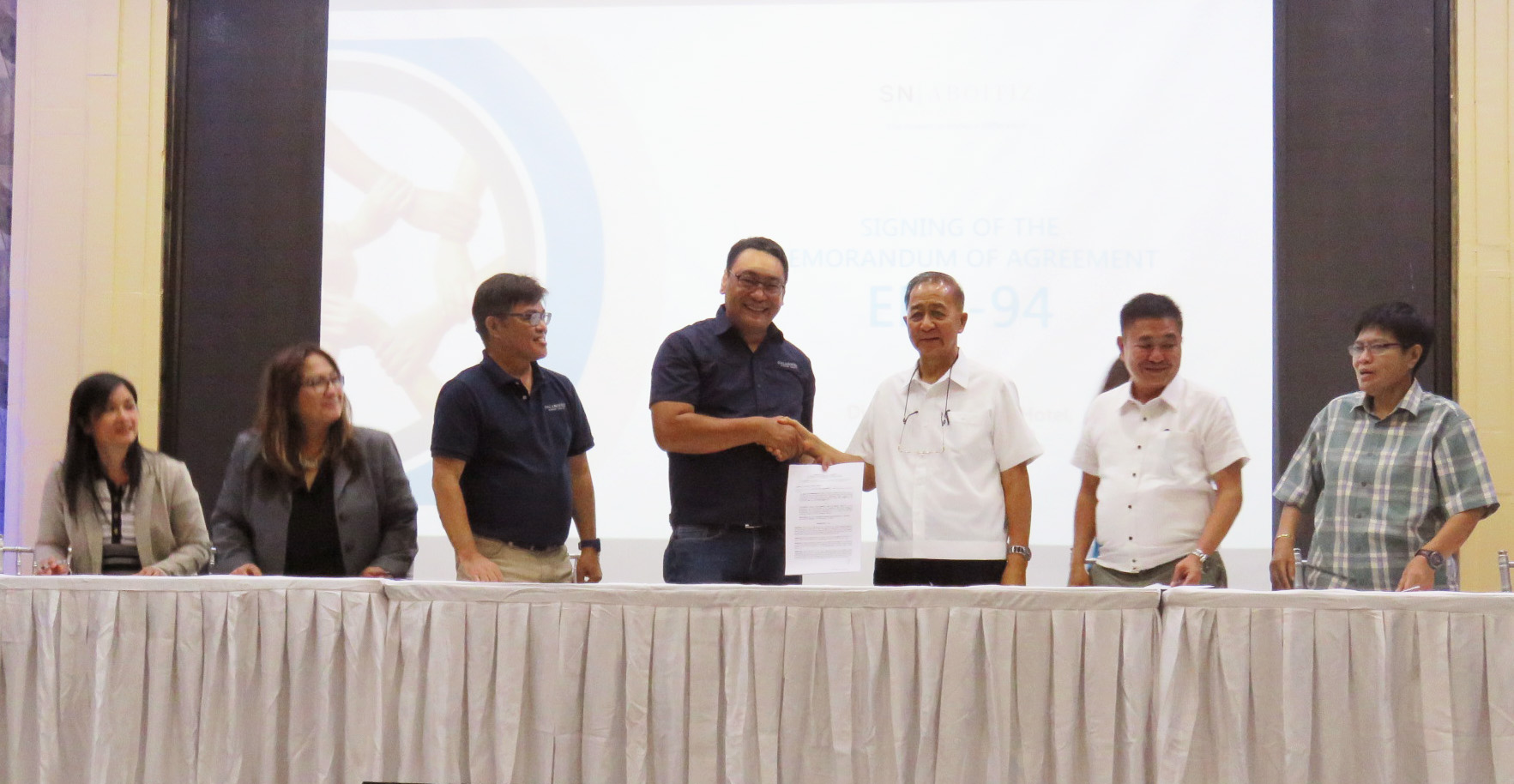 Renewable energy company, SN Aboitiz Power (SNAP), signed the Memorandums of Agreement for the implementation of the amended Energy Regulations No. 1-94 (ER 1-94), signaling the start of a streamlined process of releasing financial benefits from power generators to local governments. SNAP is set to turn over more than P10.5 million to their its host communities based on the total attributable energy sales of its Ambuklao, Binga, Magat, and Maris hydro facilities.

The ER 1-94 program is a policy under the Department of Energy Act of 1992 and Electric Power Industry Reform Act of 2001 (EPIRA). The program seeks to recompense for the contribution made by the communities hosting Energy Resources and/or Energy Generating Facilities. These host communities will get a share of one centavo for every kilowatt-hour (Php 0.01 / kWh) sold by power generation plants operating in their areas.

Through the DOE Department Circular 2018-08-0021, power generation companies can now directly download the ER 1-94 funds related to DFL and RWMHEEF to their host communities. Streamlining the release of funding will ease the process of relevant implementing projects that benefit the host communities.

“We thank the Department of Energy for being steadfast in their commitment to streamline the implementation of ER 1-94. Through this improved process, host communities may now immediately reap their share of the company’s revenue from hosting generation facilities,” remarked SNAP President and CEO Joseph S. Yu. “We are excited to witness and to continuously partner for the conscious and consistent positive change that these additional funds will bring to our communities.”

We welcome this MOA as it signifies the streamlined process by which host communities are able to secure funds for important projects in areas such as health and livelihood. We thank the DOE and SNAP-Benguet for facilitating this MOA signing,” said Governor Melchor Diclas in the ceremony held at the Benguet Provincial Capitol in La Trinidad.

SNAP Group is a joint venture between SN Power of Norway and AboitizPower. It supplies clean, renewable and dependable energy through the operation of the 360- to 388-MW Magat Hydroelectric Power Plant (HEPP) on the border of Isabela and Ifugao, the 8.5-megawatt (MW) Maris Main Canal HEPP as well as the 105-MW Ambuklao HEPP and the 140-MW Binga HEPP in the province of Benguet.

PHOTO CAPTION: SNAP, led by Vice President and Chief Corporate Affairs Officer Atty. Mike Hosillos (4th from left), and Nueva Vizcaya Governor Carlos Padilla (5 th from left) shake hands after signing the MOA for the implementation of the amended Energy Regulations No. 1-94 (ER1-94). This signals the start of a streamlined process of releasing ER1-94 financial benefits from power generators directly to local governments.