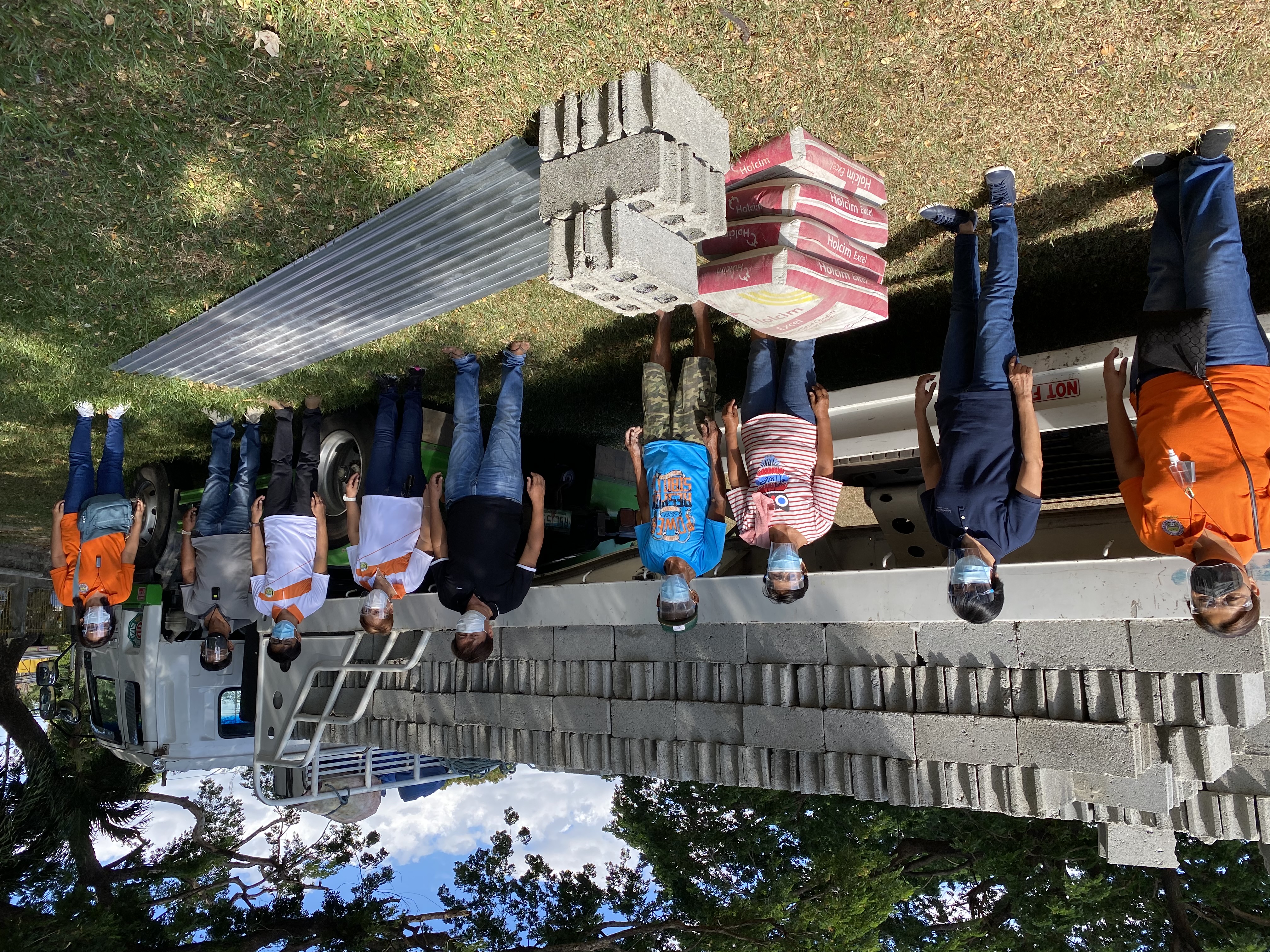 The turnover of the house construction materials was held on May 19 for Cabagan and Cauayan, and on May 21 for Sto. Tomas, following strict safety measures to protect against COVID-19 as mandated by the government and as provided under SNAP-Magat’s own company protocols.
Through Project REbuild, each beneficiary received a home repair kit worth around PhP6,500 consisting of galvanized iron sheets, hollow blocks, cement, and roofing nails. The Provincial Social Welfare and Development Office (PSWDO) provided the list of beneficiaries in coordination with the Municipal Social Welfare and Development Office (MSWDO) of each affected town. Some 80 households in Amulung and Enrile in Cagayan are also slated to receive the same assistance next month.

Project Rebuild was a fundraising project launched by SNAP in December 2020 through the Aboitiz Foundation’s “Kinder” app. It successfully raised PhP807,000 to help families in priority areas in Cagayan and Isabela whose homes were damaged by Typhoon Ulysses which hit the area in November last year.

PHOTO CAPTION: Cabagan, Isabela local officials received the house construction materials on May 19 following strict safety measures to protect against COVID-19 as mandated by the government and as provided under SNAP-Magat’s own company protocols.

Scatec is a leading renewable power producer, delivering affordable and clean energy worldwide. As a long-term player, Scatec develops, builds, owns, and operates solar, wind, and hydro power plants and storage solutions. Scatec has more than 3.5 GW in operation and under construction on four continents and more than 500 employees. The company is targeting 15 GW capacity in operation or under construction by the end of 2025. Scatec is headquartered in Oslo, Norway and listed on the Oslo Stock Exchange under the ticker symbol ‘SCATC’.

SNAP-Magat owns and operates the Magat HEPP with a nameplate capacity of 360 megawatts (MW) and maximum capacity of 388 megawatts MW; and the 8.5-MW Maris HEPP. The non-power components such as dams, reservoirs, and spillways are owned, managed, and operated by the government.