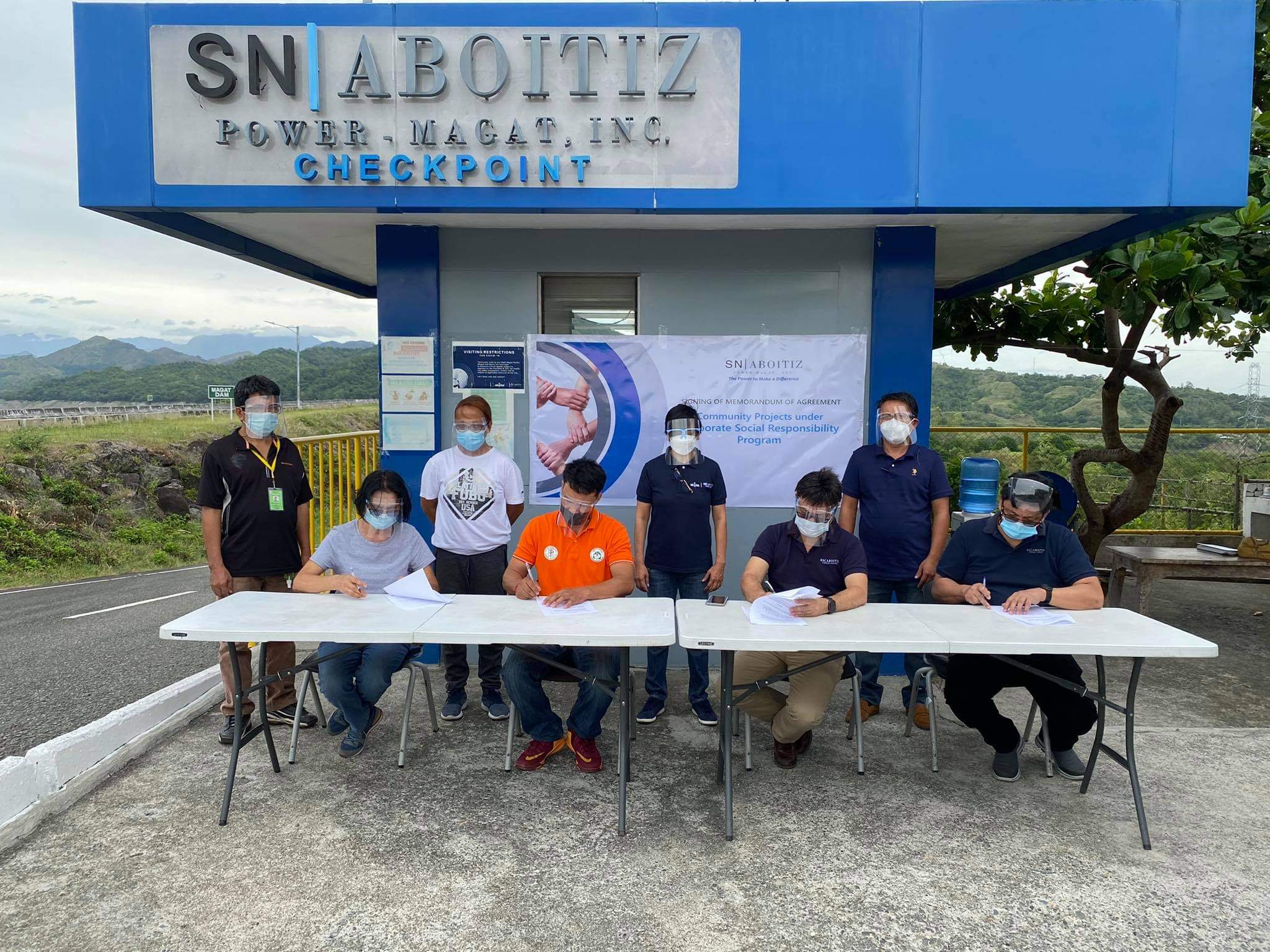 Renewable energy solutions provider SN Aboitiz Power Magat (SNAP-Magat) has partnered with Sta. Lucia’s barangay local government unit (BLGU) in Bagabag, Nueva Vizcaya in an effort to make emergency response resources available to host communities, particularly during these trying times. On August 4, 2021, a memorandum of agreement (MOA) was signed for the purchase of a Barangay Disaster Risk Reduction Management Council (BDRRMC) vehicle. The signing took place at the Magat dam crest, an open-air space overlooking the Magat reservoir in Brgy. Gen. Aguinaldo, Ramon, Isabela. Ed Bundalian, SNAP-Magat Plant Manager, and Barangay Captain Villamor Suni led the simple ceremony. The project is a joint effort between the BLGU, which provided funds from their budget, and SNAP-Magat, which donated around Php538,000 as COVID-19 response through its ER 1-94 program under the Department of Energy (DOE) and the company’s regular CSR fund. “The vehicle will transport BDRRMC personnel to respond to emergency situations such as calamities and COVID-19 related preventive actions,” said Barangay Captain Suni. “This will also be used to respond to other medical services that are critical to the well-being of the people of Sta. Lucia.” The project will benefit approximately 3,000 individuals from the said barangay.

Scatec is a leading renewable power producer, delivering affordable and clean energy worldwide. As a long-term player, Scatec develops, builds, owns, and operates solar, wind, and hydro power plants and storage solutions. Scatec has more than 3.5 GW in operation and under construction on four continents and more than 500 employees. The company is targeting 15 GW capacity in operation or under construction by the end of 2025. Scatec is headquartered in Oslo, Norway and listed on the Oslo Stock Exchange under the ticker symbol ‘SAP is the holding company of the Philippines-based Aboitiz Group’s investments in power generation, distribution, and retail electricity services. It advances business and communities by providing reliable and ample power supply at a reasonable and competitive price, and with the least adverse effects on the environment and host communities.

SNAP-Magat owns and operates the Magat HEPP with a nameplate capacity of 360 megawatts (MW) and maximum capacity of 388 megawatts MW; and the 8.5-MW Maris HEPP. The non-power components such as dams, reservoirs, and spillways are owned, managed, and operated by the government.