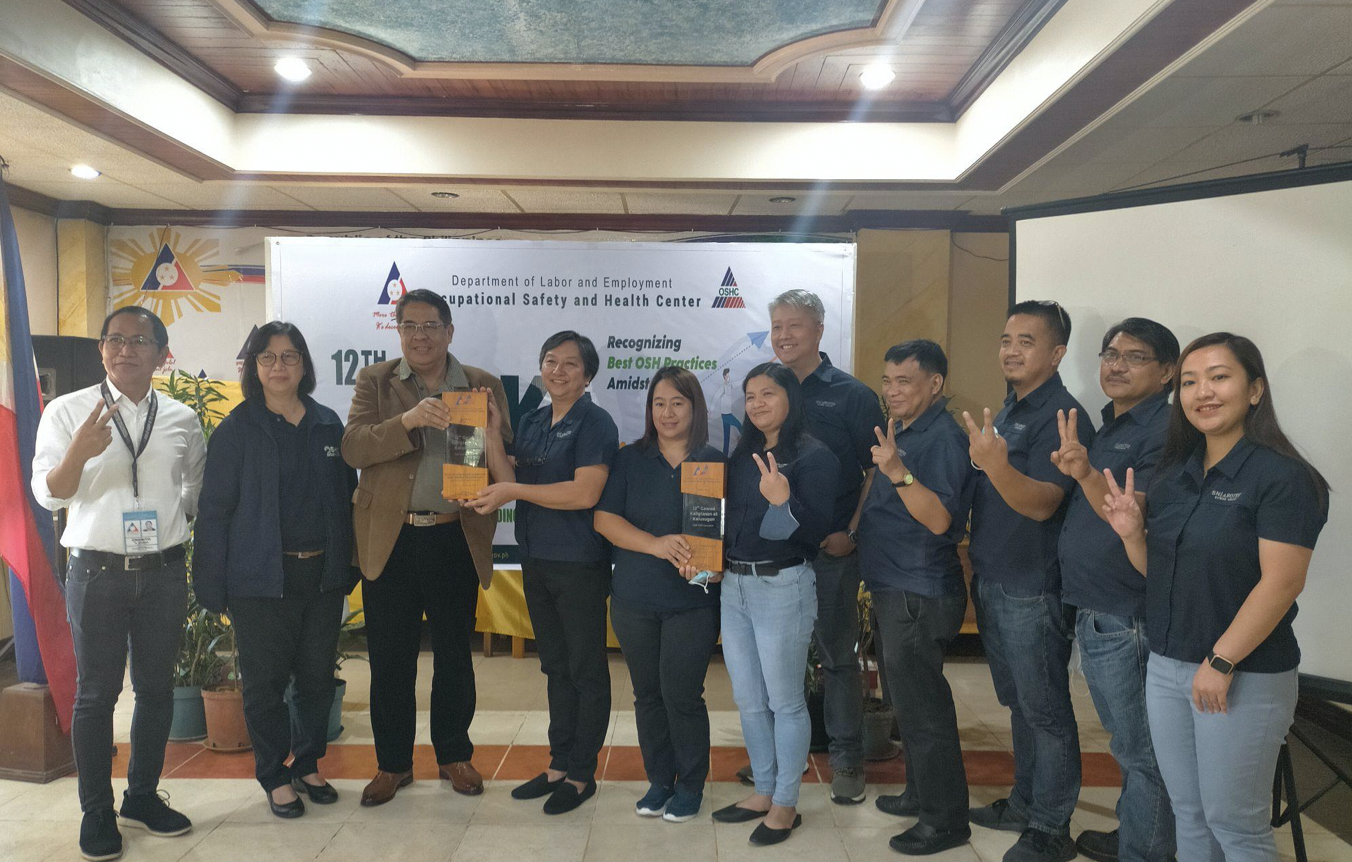 Through the GKK, DOLE recognizes outstanding establishments and individuals in terms of successful health, safety, and environment programs and policies. A Regional Selection Committee, chaired by the DOLE regional director and composed of experts from DOLE-CAR, OSHC, ECC, safety organizations, and the private sector, among others, determined SNAP-Benguet as the region’s winning organization after conducting regional validation and judging of qualified entries. Hollis Fernandez, was also awarded as the individual regional champion.

In a speech at the ceremony, OSHC Director Ma. Teresita Cucueco commends the regional winners and encourages industries and individuals to continually uphold safety and health in the workplace, and participate in the GKK program.

The regional award makes SNAP-Benguet eligible for the National GKK championship, the winners of which will be determined later in the year. SNAP Group’s other business unit, SNAP-Magat, was awarded the same distinction in its respective region last October 24 in Tuguegarao.

True to its core value of safety, SNAP strives to keep raising the benchmark on innovative and effective health and safety programs for its workforce and communities.

SNAP-Benguet owns and operates the 105-MW Ambuklao and 140-MW Binga hydroelectric power plants in Benguet. The non-power components such as dams, reservoirs, and spillways are owned and managed by the government. In line with established protocols, SNAP operates the spillway gates during normal conditions and the government takes over operations during extraordinary conditions.