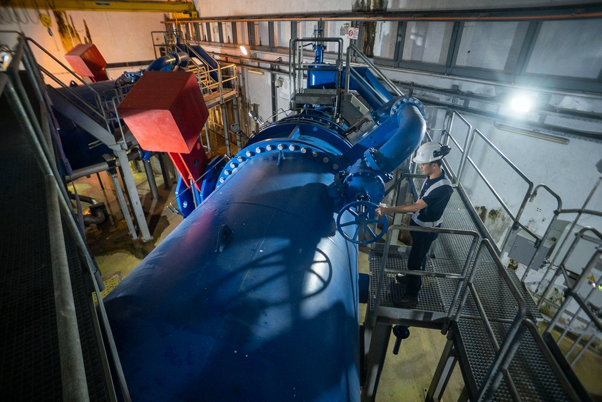 Binga hydro ranked first under the Hydro Resource Type in compliance with the WESM rules relating to the Must Offer Rule/Rule on nomination of projected outputs or loading levels and compliance with the Real-Time Dispatch schedule in WESM for the period 26 December 2021 to 25 June 2022. Ambuklao hydro placed second, while Maris hydro placed second under the Non-scheduled generation category.

The recognitions demonstrate the effective collaboration between the company’s trading team, plant operations and maintenance (O&M), and legal and regulatory affairs teams in carrying out daily compliances to the WESM requirements.

The Philippine Electricity Market Corporation (PEMC) confers rating citations to generation companies that have an exemplary compliance record with the WESM rules and manuals such as the Must Offer Rule (MOR), rule on nomination of projected outputs or loading levels, and compliance to Real-Time Dispatch schedule.

The summit is an annual event held by PEMC to provide updates and new guidelines on market compliance. It recognizes the electric power industry participants’ efforts in fostering a culture of compliance and integrity with the WESM rules and manuals.

Scatec is a Norway-based leading renewable power producer that delivers affordable and clean energy worldwide. As a long-term player, Scatec develops, builds, owns, and operates solar, wind, and hydro power plants and storage solutions. It has more than 3.5 GW in operation and under construction on four continents and more than 500 employees. The company is targeting 15 GW capacity in operation or under construction by the end of 2025. Scatec is headquartered in Oslo, Norway and listed on the Oslo Stock Exchange under the ticker symbol ‘SCATC’.

SNAP owns and operates the 105-MW Ambuklao and 140-MW Binga hydroelectric power plants in Benguet; the Magat hydroelectric power plant which has a nameplate capacity of 360 MW and maximum capacity of 388 MW on the border of Isabela and Ifugao; and the 8.5-MW Maris hydro in Isabela. The non-power components such as dams, reservoirs, and spillways are owned, managed, and operated by the government.