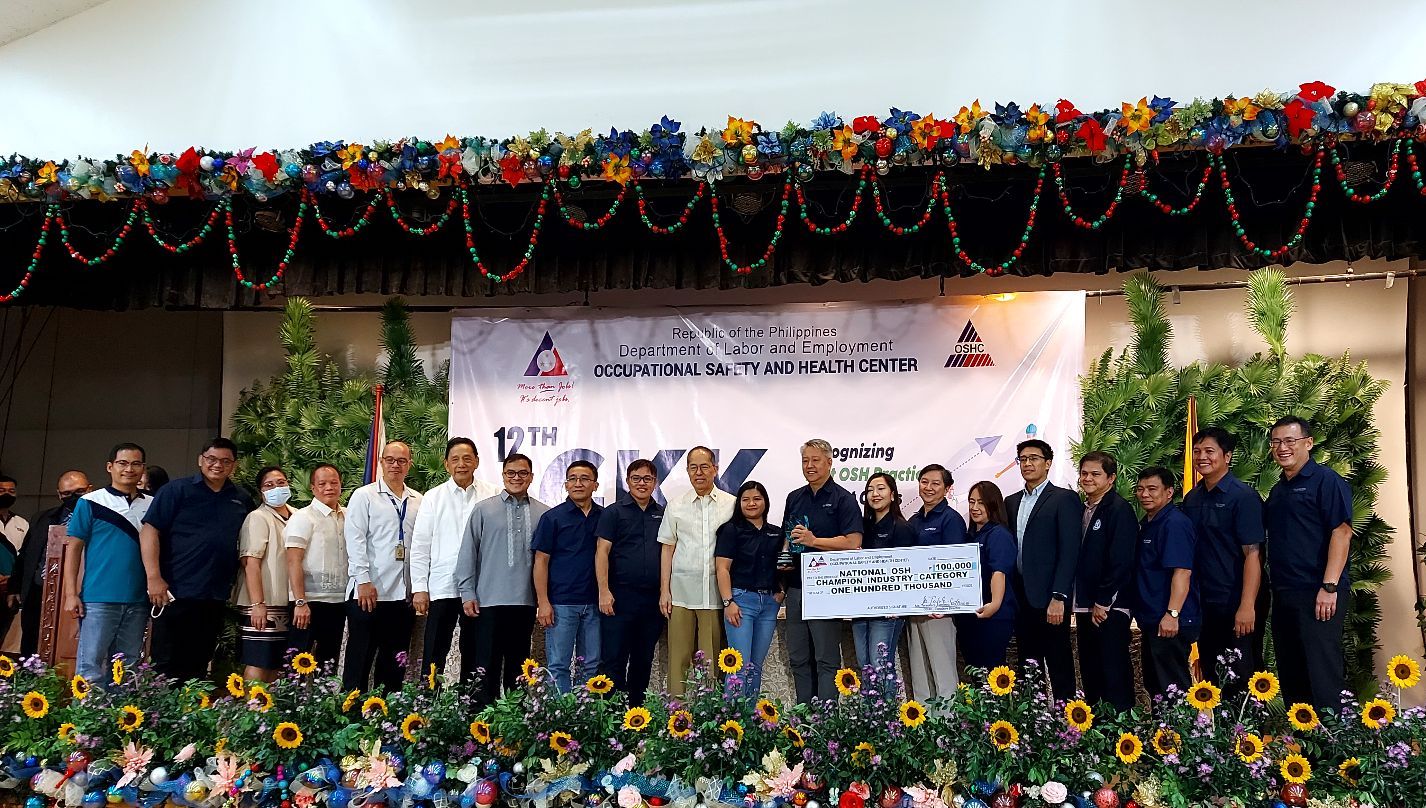 SNAP representatives personally received the trophies from the Department of Labor and Employment (DOLE) secretary Labor Secretary Bienvenido Laguesma. SNAP has been consistently recognized by the GKK for commendable OSH practices.

For years, DOLE has lauded the best establishments and individuals in terms of occupational safety, health, and environmental programs and policies through GKK. Only regional champions are eligible for the prestigious national recognition; SNAP-Benguet and SNAP-Magat were awarded champions of their respective regions earlier in November.

In his speech, Sec. Laguesma cited GKK as the most prestigious award for health and safety in the industry, commending the participants for their collective contributions to uphold the labor department’s advocacy and help build the future of occupational safety and health in the country.

The awards reaffirm SNAP’s commitment to going above and beyond in creating effective and innovative programs to ensure the health and safety of their workforce and continually create meaningful impact in communities. Joseph Yu, President and CEO of SNAP Group, shares, “As one of our core values, Safety is truly ingrained in SNAP’s culture. The national recognition speaks to our efforts and commitment so far and drives us to innovate and work even harder. We will keep raising the bar in occupational safety and health, and building resilience in our employees and communities through our programs.”

Scatec is a Norway-based leading renewable power producer that delivers affordable and clean energy worldwide. As a long-term player, Scatec develops, builds, owns, and operates solar, wind, and hydro power plants and storage solutions. It has more than 3.5 GW in operation and under construction on four continents and more than 500 employees. The company is targeting 15 GW capacity in operation or under construction by the end of 2025. Scatec is headquartered in Oslo, Norway and listed on the Oslo Stock Exchange under the ticker symbol ‘SCATC’.

SNAP owns and operates the 105-MW Ambuklao and 140-MW Binga hydroelectric power plants in Benguet; the Magat hydroelectric power plant which has a nameplate capacity of 360 MW and maximum capacity of 388 MW on the border of Isabela and Ifugao; and the 8.5-MW Maris hydro in Isabela. The non-power components such as dams, reservoirs, and spillways are owned, managed, and operated by the government.